I am thinking of making commentary private for a several reasons. Please let me know if you use the commentary and would miss it.
Bk Sec Outline Sec Bk
God’s Righteousness in Justifying the Believer
Romans 1 – 8
The subject of the first eight chapters of Romans is God’s righteousness in justifying believers from all of the effects of sin. We know that when Adam fell, he plunged his whole race into bondage (Rom. 5:12). But through the work of Christ, God will ultimately deliver the Christian from all the effects of sin.
After showing that man is truly unable to deliver himself,
Paul looks at this deliverance “though Jesus Christ our Lord” in three phases:
A more detailed outline is given below:
O U T L I N E
“Sin” and “Sins”. In Rom. 1:18 – 5:11 the subject of how God deals with our sins (plural) is taken up… the fruit. But beginning with Rom. 5:12, we find what God has done to address the nature that produces that fruit… called sin… which is the root. 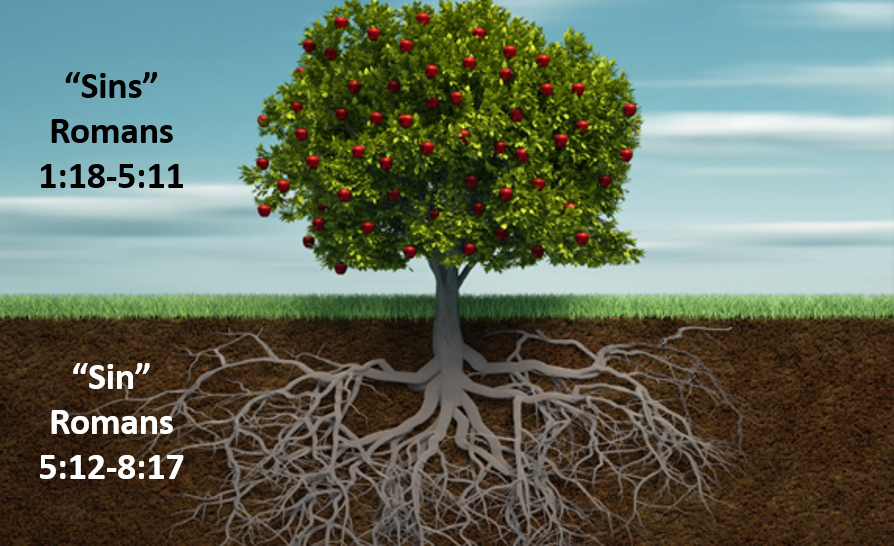 The blood of Christ isn’t even mentioned once in Rom. 5:12 – 8:17. Note: God forgives us our sins, but He never forgives the sin nature. Instead, He “condemned sin in the flesh”.
Bk Sec Outline Sec Bk