“The terms “old man” and “new man” are very definitely used in scripture. I judge that neither term can be used of an individual as such. That is, an individual could not say, “I am the old man;” nor, “I am the new.” The terms are generic and comprehensive, embracing – the first — all that we were “in Adam;” and the second — all that believers are “in Christ.” Nor do I find that scripture will allow us to say that we have the “old man” in us — while it teaches most fully, that we have “the flesh” in us to the end.” (Romans 7:25).” – F.G. Patterson, A Chosen Vessel, p.51

Often great Bible teachers would use these terms interchangeably, but on certain occasions they would make the distinction clear. For example, J. N. Darby made the distinction in his letter to J. B. Stoney in 1875, while at the same time revealing that the common “habit” among believers is to use the term “old man” when referring of the flesh.
Difference between the old man and the first man. The “old man” is not to be confused with the “first man“, which denotes a different aspect of the human race under Adam. The old man denotes the corruption of the race, whereas the first man denotes what is natural, earthy, and soulish in the race, compared to the second man who is Christ; heavenly and spiritual. For example, you wouldn’t say bringing in musical instruments to the remembrance of the Lord was the “old man”, but you would say it was the “first man”. The first man was tested up to the cross, proven bankrupt, but never said to be judged by God. The old man however, is said to be crucified or condemned (Rom. 6:6).
Summarizing Chart. The role of the old and new natures in deliverance, as well as the old and new man, are shown below in a summarizing chart. 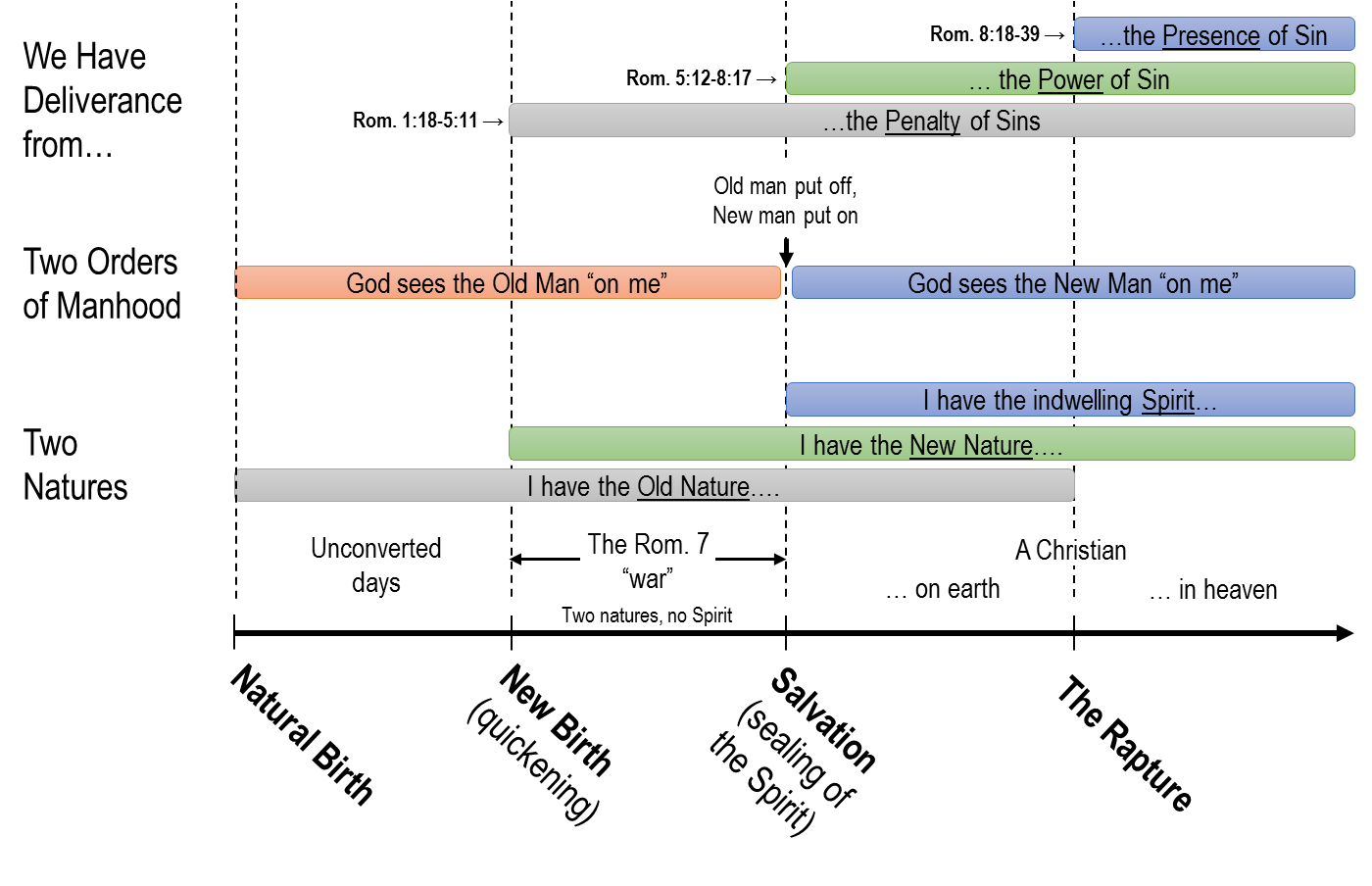